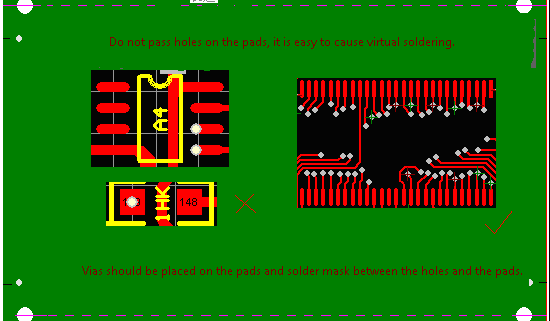 From PCB design to all the components soldered to complete a high-quality circuit board, requires PCB engineers, soldering technology, soldering workers and many other aspects of control. 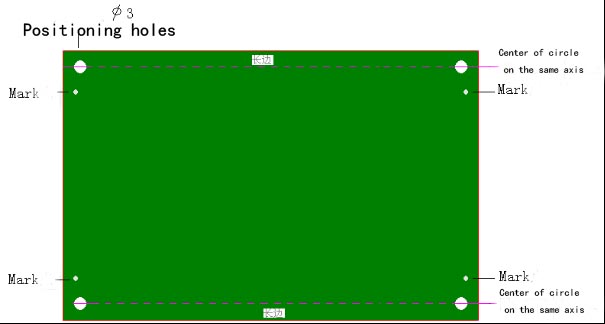 Generally, people who are engaged in circuit design rarely solder circuit boards themselves, so they do not have extensive soldering experience. And the workers in the soldering factory do not know how to design circuit boards. They are just to complete the production tasks, and they do not have the ability to think independently, let alone the ability to analyze the reasons, which leads to poor soldering.

We are not talking about jobs, because the personnel in these two positions actually have their own strengths and it is difficult to combine them with each other. So we will share 5 suggestions from the perspective of the artboard. The last piece of advice is very effective and will definitely make your drawing board more effective !

1. About Positioning Holes
PCB board corners to leave four holes (minimum hole diameter 2.5mm), for printing solder paste when positioning the board. Requires X-axis or Y-axis direction of the center of the circle in the same axis, as follows.

2. On the MARK Point
PCB board to mark the Mark point, used for placement machine positioning – specific location: diagonal in the board, can be round, or square pads, do not mix with other device pads. If there are devices on both sides, both sides should be marked.

3. Keep 5mm space left PCB’s edge
Draw PCB, in the direction of the long side to leave not less than 3mm side, for the mounter to transport the board, this range of mounter can not mount devices. This range do not place SMD devices.

As shown in the figure.

Double-sided placement of the circuit board, consider the second reflow soldering, device rub off, pad rub off and other issues. 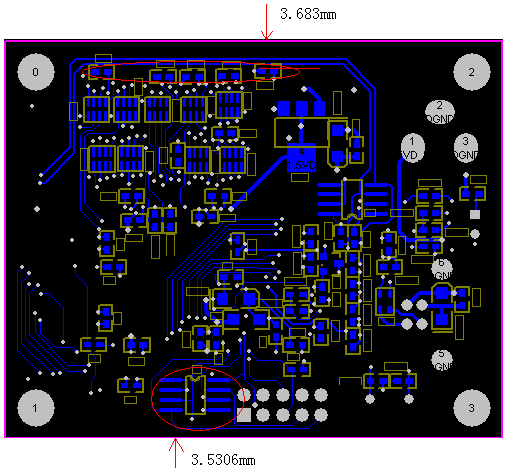 Suggest chip less side, the long side from the edge within 5mm space, do not place the SMD device, if indeed due to the board area is limited, you can add process edge in the long side.

4. Don’t Directly on the Pad drill via hole
via-hole on the pad, reflow soldering will have solder paste flow into the via-hole, resulting in the device pad lack of tin, causing Non-wetting, as shown in the following figure. 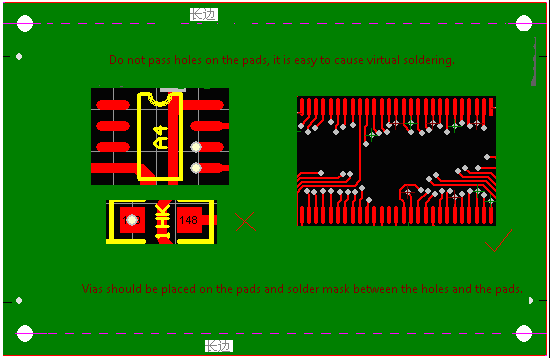 5.Complete Design-Check with Tools
The above four problems are relatively common, but it is often not necessarily avoided in the design process, so it must be repeatedly checked. If the inspection is performed one by one, the inspection efficiency will be very low, and the accuracy of the inspection may not be completely ensured.