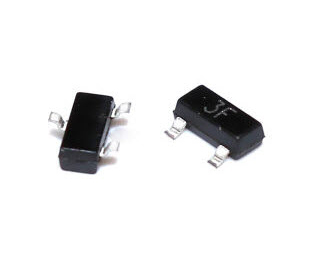 SMD resistors are basic surface mount components that limit the current passing through them. “R” stands for resistance, and the unit of resistance is Ohm (Ω). 1KΩ equals to 1000Ω, 1MΩ equals to 100000Ω.

There are two methods to indicate the resistance value on the SMD resistors’ appearance.

Of course, you could find other ways to identify SMT resistor.

SMD capacitors are PCB parts consisting of two metal pieces separated by an insulator and mainly used to store energy. “C” stands for capacitance, and the unit of capacitance is Farad (F).

There are two methods to indicate the capacitance value on the SMD capacitors’ appearance.

Besides, on SMD capacitors, the capacitance is denoted by a combination of numbers and a letter.

The letter stands for capacitance tolerance. Here is a chart:

Aluminum electrolytic capacitors: made up of an aluminum cylinder filled with liquid electrolyte (together as the negative electrode) and a curly aluminum strip (as the positive electrode) covered with an oxide film (as the insulator) plugged in it.

SMD inductors are basic electronic components that convert electrical energy into magnetic energy and store it. Inductors are made up of an enameled wire winding around an insulator. “L” stands for inductance, and the unit of inductance is Henry (H). 1H equals to 1000mH, and 1mH equals to 1000μH.

The method to indicate the inductance value on the SMD inductors’ appearance is below.

In Arabic numbers: the first two numbers indicate the absolute numbers of the inductance value, and the last number means the power of 10.

On SMD diodes, the terminal printed with lines is the negative electrode.

SMD ICs are surface-mounted integrated circuits that integrate components such as diodes, resistors, capacitors, inductors on an extremely small semiconductor then packaged. According to the packaging differences, the integrated circuits include PLCC, PPGA, PQFP, QFP, BGA, CSP, SSOP, etc.

An SMD crystal is a quartz piece with two terminals polished and sprayed with a silver film. When an IC is packaged with the quartz piece to form the oscillation circuit, it is an SMD oscillator. Y stands for crystal oscillators.

On a component, if you see a combination of numbers and HZ or Z, that is a crystal oscillator.

SMD connectors provide temporary or permanent electrical connections for circuits, and they are usually used in pairs.

SMD button switches are surface mount switches that use a button to connect or separate the two contacts to realize the circuit switch.